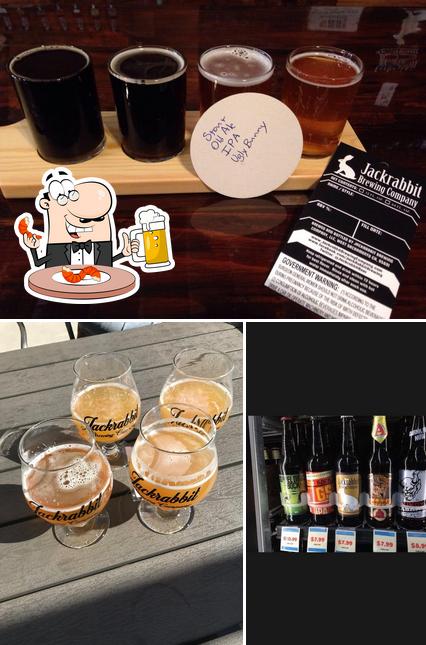 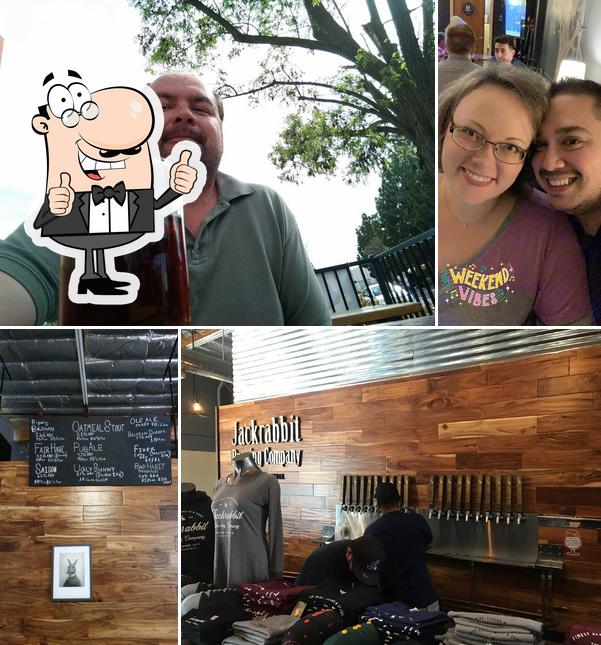 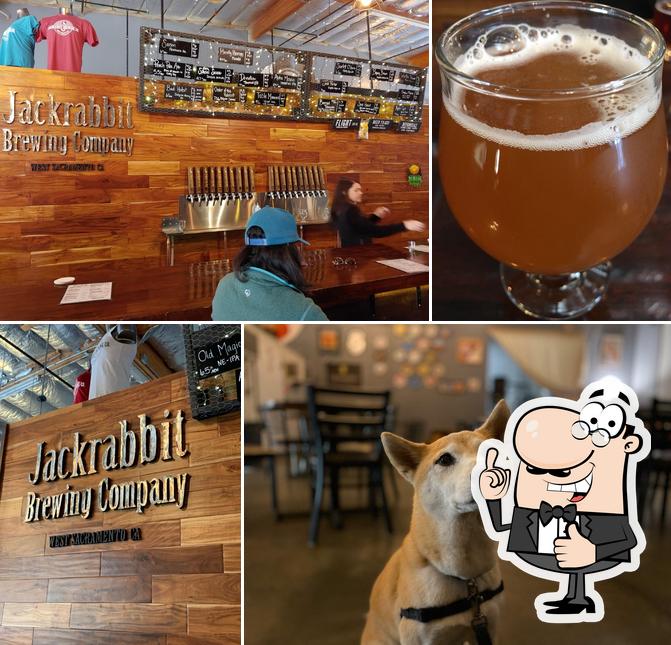 9 месяцев назад на Yelp Запросить удаление информации
Had the pleasure of stopping over at Jackrabbit Brewery today and meeting a couple of the staff members, Christian and Evey. They were hospitable knowledgeable about their beers and provided great recommendations. The comradely was as great as the beer, I will be returning to try the rest. Thank you for experience. Keep it up! -Chris

9 месяцев назад на Yelp Запросить удаление информации
Four of us went the service was so slow and the staff really didn't pay attention to us ? The beer was warm we ordered 3 beers all warm I ordered the sampler all of mine were warm !we got warm water they said they were out of ice ?? We've been here before with good service and cold beer??

6 лет назад на Yelp Запросить удаление информации
If you live anywhere near, much as less in, Sacramento during Beer Week, it's almost a crime and/or sin if you don't partake in at least ONE of the offerings from the multitude of awesome local breweries. Who am I to be either a criminal or sinner? So participate we did, and it was awesome... After kicking hubby's butt once again at the shooting range (what can I say, I'm a killer shot with our Springfield XD9...keep that in mind and never try to break into our house), we headed to Jackrabbit Brewing Co in West Sac after having decided upon going there instead of Track 7 in Natomas. Based on schematics, people...Jackrabbit was on the way home, so closer and sooner to eat/drink for lunch than Track 7. We'll hit up Track 7 some other time...but this review is for Jackrabbit so I'm not gonna mention that other brewing company again. :) Anyway, I won't go into the food here, but I did write a great review for the food truck that was at Jackrabbit today (Charles Place...best crunchy tacos ever!) Let's talk beer...now, those of you who know me know that I'm not really a beer drinker. I had a soda from the food truck, and water. Hubby got a beer flight that consisted of Jackrabbit's Saison, Golden Story, Sour Habit, and Sour Blend. You gotta love flights (be it beer, wine, whiskey), and Jackrabbit does it right because you get to pick what you wanna sample. The Saison is their lightest beer, which I had a sip of, and it was good, but if I ordered it, I'd probably drink like half of it and give the rest to the Hubby. The Golden Story was way too "beer-y" for me...blech! But, Hubby really liked it and said it was smooth....okay. Now, apparently Jackrabbit does a whole slew of sour beers, which I thought did not sound appealing at all. But, once Hubby tried it, he insisted I try it because he said I'd like it...and you know what? He was right! I apparently dig sour beers. Well, maybe not all sour beers, but I loves me some Jackrabbit Sour Habit beer! So much so, I ordered a half-pint of it ($4) all for myself AND I finished it all by myself. Miracle! The last flight beer was the Sour Blend, which Hubby thought was okay, but was too much for me. Between the nice digs, the awesome/cool bartender dudes, the discovery of an amazing food truck with the best crunchy tacos ever, and a beer that I actually will order and finish, I'd say that this little venture to Jackrabbit Brewing Company during Sac Beer Week 2016 was a resounding success. Without a doubt, we'll be back! Cheers! :)
Все отзывы
+1 916-873-8659
Открыт сейчас 12:00 - 21:00
$$$$ Стоимость на одного гостя $10 - $25