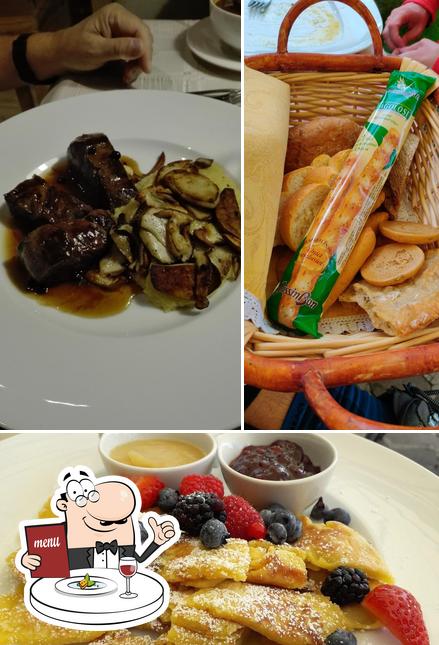 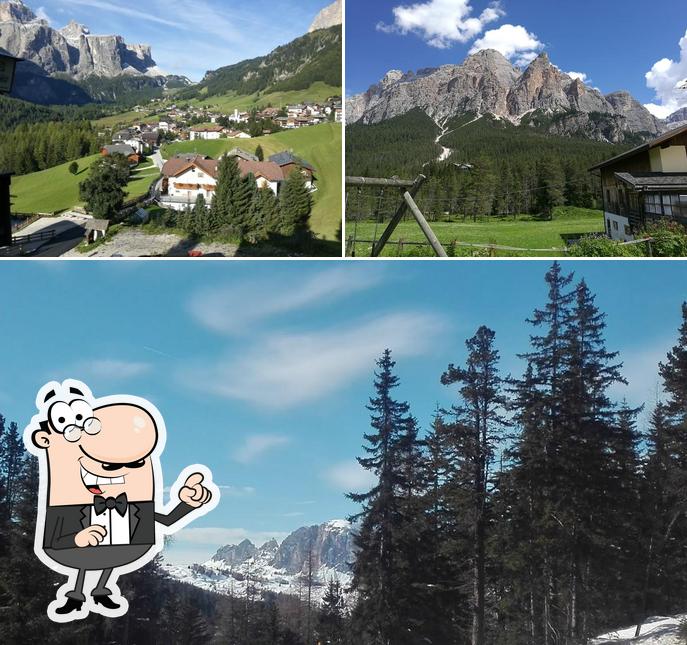 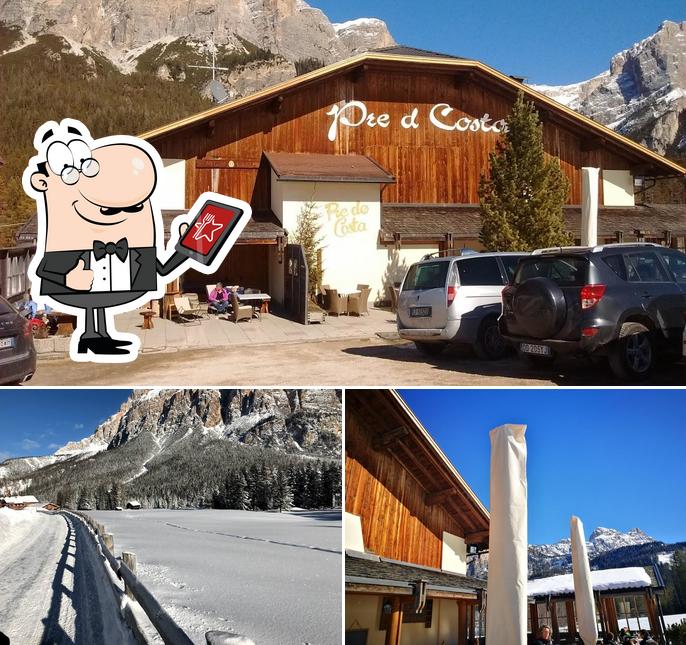 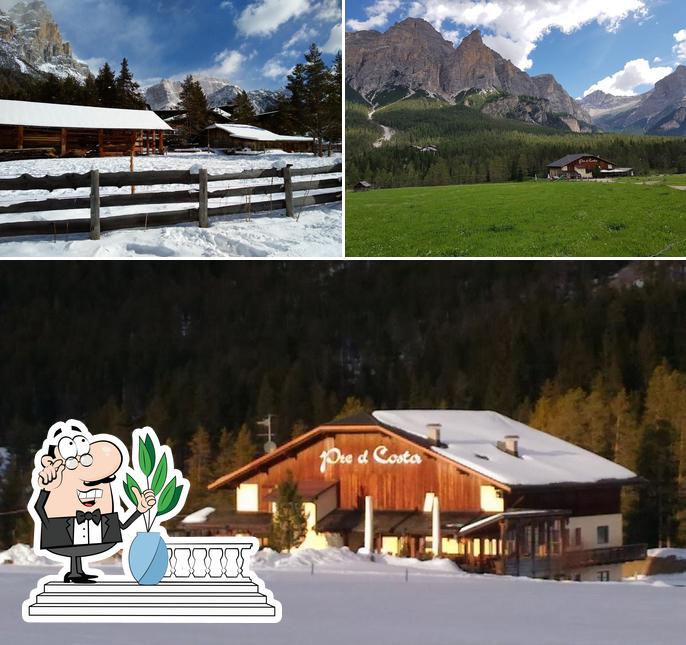 4 года назад на Yelp Запросить удаление информации
We ate our last dinner in our weeklong stay in San Cassiano here at Pre De Costa. It's just a short drive out of the main area in San Cassiano, before you start heading into the mountains towards Cortina. Getting here is a tad deceptive; you turn into the hotel area before hanging a left and driving on a narrow road through the middle of farmland - until you reach a large structure that has the look and feel of a barn. That's where Pre De Costa is, and despite the size, it feels very cozy and homey once you step inside to the wood-finished dining room. With a small cashier with candies and pastries at the front, it might look and feel a bit more casual at first, but when you get seated outside of the kitchen, you can tell that it's a restaurant that cooks some serious food. We showed up on the earlier side - around 7:30 PM, making us the first ones - but by the time we left and the sun had gone down, the restaurant was full, so definitely make sure to make a reservation ahead of time. While the English speaking is passable, the menu provides options in English, Italian, and Austrian (German?), making it accessible for us. Although I'd had my fill of big meals at this point, I decided to venture forth and do the right thing, ordering a pasta primi and a meat secondi for the meal, and topping it off with a local dessert to boot. I went with yet another tagliatelle pasta dish (probably the most popular pasta in this region), this time with a ragout made from venison. Unlike the venison carpaccio that I had at La Sireola, which didn't quite sit as well with me, I thoroughly enjoyed the pasta here, with the gamey flavor of the venison bringing a little more depth and complexity to the simple pasta dish. The pasta was no-frills - cooked al dente, as it should be - but the noodles were quite yellow, perhaps suggesting a bit more egg as an ingredient. I really enjoyed the beef ragu sauce at the Rifugio Lagazuoi, but this quite possibly was better than it. My wife went with one of the specials of the day, which was a serving of sliced roast beef generously topped with thin slices of parmesan. There's no doubt that the quality of the roast beef was excellent, but even with the cheese on top, it felt a a bit on the plain side, and with plain arugula sprinkled on top, everything was a bit dry until it had a little bit of olive oil drizzled on it. The meat turned out better for my entree, which was the filet of veal served in a rich sauce with porcini mushrooms and potatoes. While the meat itself was cooked well and remained on the plainer side if eaten solo, the sauce was infused with so much pungency from the mushroom that it turned out excellently. I was also served a side salad with the dish, which was a bit unnecessary given the amount of food I had had, as well as the incongruity when paired with the meat & potatoes. We finished off the meal with the kaiserschmarrn, a dessert an Italian hiker had told us about a day or two back. The shredded pancake was a bit dense and not as sweet as I thought it would be, but I really enjoyed the jams it was served with (especially the cranberry jam). We also split a chocolate molten cake with vanilla ice cream, which was very good...that's a hard dessert to go wrong with (and to have done wrong). While Pre De Costa wasn't quite the best meal we had here, it was still extremely good and a decent value overall, even if it was a bit more expensive than some of the other spots we had eaten at. As a place that felt similar to some of the agroturismo spots we went to, you are certainly getting fresh foods cooked in the local style, and if you are in San Cassiano in particular, this is a close spot worth popping by for a simple rustic yet delicious meal.
Все отзывы
+39 04 7184 9443
Итальянская, Подходит для вегетарианцев
Закрыто сегодня
$$$$ Стоимость на одного гостя 24 €-45 €